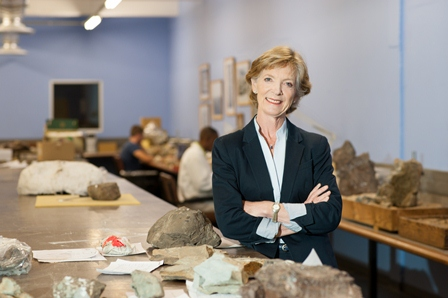 Former Deputy Vice-Chancellor for Research and former Dean of the Faculty of Health Sciences, Helen served as a member of the University of Witwatersrand’s Senior Executive Team, and its Senate and Council. Helen dedicated a substantial portion of her life to Wits University, with her association spanning approximately 45 years, when she first enrolled as a medical student in 1969. She opted to complete a Medical BSc (1973) and then read for a BSc Honours degree (1974), before graduating with a PhD in Physiology in 1977. She joined the University as a member of staff in 1978 as a part-time lecturer and steadily advanced through the ranks. In 2001, she was appointed as Head of the School of Physiology, and in July 2006 as Dean of the Faculty of Health Sciences. In 2011, Helen assumed the role of Deputy Vice-Chancellor for Research. She stepped down from this post in 2013, when she fell ill.

Professor of Thermal Physiology at Wits, Helen was an accomplished researcher who was widely published. Her research focused on the physiology of temperature regulation in mammals and humans, with particular interest in the fetus and newborn. She also researched the physiological mechanisms underlying fever and the associated changes in non-thermal physiology. She published approximately 70 papers in international peer-reviewed scientific journals, including 12 chapters in books.

Over the years, she served as a director of the Wits Health Consortium, Wits Enterprise, the Origins Centre Association and the Wits Donald Gordon Medical Centre.