Warning: Parameter 2 to Groups_Post_Access::posts_where() expected to be a reference, value given in /home/physiolsoc/public_html/wp-includes/class-wp-hook.php on line 292
 Professor Johan Koeslag - PSSA 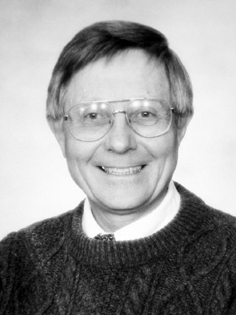 Johan Koeslag was born in Witbank, Mpumalanga (previously the Eastern Transvaal), in 1940. He spent his childhood in Indonesia, Holland, Zululand, and Kenya. He received his secondary schooling at the Prince of Wales School in Nairobi, Kenya, from where he went on to study Medicine at the University of Cape Town from 1959 to 1964. He did his internship in Medicine, and in Obstetrics and Gynaecology at Groote Schuur Hospital in 1965, followed by a senior internship in Surgery at McCord’s Hospital in Durban. He then worked as a Registrar in Internal Medicine at the Erasmus University Academic Hospital in Rotterdam, the Netherlands. After a short spell in General Practice in Durban, he joined the Department of Physiology at the University of Cape Town as a lecturer in 1972. He obtained his PhD in 1980 (Thesis title: “Post-exercise ketosis in non-diabetic subjects”), and was promoted to ad hominem Associate Professor in Physiology and Human Biology in 1987.

He was appointed Head of the Department of Medical Physiology at the University of Stellenbosch in 1990.

He has published 82 full articles in professional journals, on a wide variety of subjects ranging from exercise physiology, post-exercise ketosis, physiological homeostats (especially the Insulin-Glucagon-hGH counter-regulatory system, and how disturbances of its mechanism might cause Type 2 Diabetes Mellitus), as well as various aspects of evolutionary biology (such as the engine of speciation, the evolution of sex, the evolutionary affordability of males, punctuated evolutionary equilibria, the evolution of cooperation and koinophilia, which he believes provides a parsimonious explanation of many of the above evolutionary conundrums which were already recognised by Charles Darwin as “problems with [his] theories”.) He also published a number articles on population genetics, demographics, medical education and evaluation.

Johan is a past Vice-President, a past President, and, since 2005, a Fellow of the Physiology Society of Southern Africa. He designed the Society’s original logo, composed the Society’s constitution, defined its various categories of membership (ordinary members, office bearers, and Fellows etc.), created its first website, set out the rules governing the Wyndham Prize and how it was to be judged, and instituted the Johnny van der Walt Poster Competition,

He was a member of the Editorial Board (European Section) of “Physiological Reviews” for the period January 2004 – December 2008.He has also been editor of the monthly Basic Medical Sciences articles that appeared in the South African Journal of Continuing Medical Education.

The Golden Key International Honours Society’s prize for the best, most inspiring lecturer in the Faculty of Health Sciences, was awarded to Johan in 2005, and again in 2006.

In 1976 – 1978 he launched the “Orange for Safety Campaign”, aimed at promoting road safety for pedestrians (especially school children) and road workmen, through the wearing of day-glo orange garments. This led to a publication in the SA Journal of Science and numerous interviews on radio, TV, newspapers, and popular magazines.

Johan has had long-term interests in South African geology, global weather patterns, ciphers, and questions such as “What is Life?”, “What is Normal?” and “Ageing”. He has given many seminars and public lectures on these topics. He has, in fact, recently revised or rewritten many of the articles in Wikipedia on the geography and geology of South Africa, as well as revising up a large number of the physiological and metabolic articles.

His students remember him for his lively, entertaining, and highly explanatory lectures. He was exceptional good at making difficult concepts extraordinarily easy to grasp. He was repeatedly voted the best and most inspiring lecturer in the Faculty by the students.

During moments of madness he has climbed Mt Kilimanjaro (1958), and walked the Otter Trail on the Cape South Coast (1992) and the Fish River Canyon Trail in Namibia (1994).