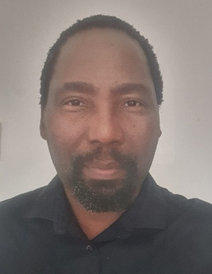 Prof Muzi Maseko was born in Soweto where he completed his primary and high school education. After high school, he moved to Limpopo and registered for a BSc degree, majoring in physiology. After graduating his BSc (Honours) in 1995, he joined the University of the Witwatersrand in 1996 where he was employed as a junior lecturer in the School of Physiology.  He graduated both his MSc and PhD degrees at Wits. In 2004, he joined the Hypertension Department at the University of Leuven in Belgium where he worked on project called ‘European Project on Genes in Hypertension’ (EPOGH). Upon his return in South Africa in 2005 he coordinated a study called African Project on Genes in Hypertension (APOGH). He later established the Human Nutrition Research Laboratory where a number of studies are conducted including the South African Hypertension and Diet Study (SAHDS). He is currently collaborating with two international institutions: The Glasgow Cardiovascular Research Centre, Glasgow University in the United Kingdom and the King’s University in Canada. His academic administrative duties include coordination of the second- and third-year medical degree and curriculum development of the Graduate Entry Medical Program (GEMP). He is the current president of the Physiology Society of Southern Africa (PSSA) and a council member of the South African National Committee for the International Union of Physiological Sciences (IUPS). Besides his academic and research activities, he is involved in issues of social justice. He is the chairperson of the Physiology Transformation Committee and the committee member of the Faculty of Health Sciences Transformation Committee. He also served as an executive member of the Wits staff Union from 2019 to 2021. The main function of these structures is to redress the current and historical racial inequities in the academic environment. 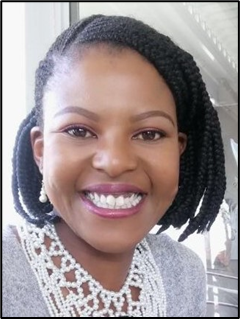 Dr Balindiwe Sishi, mostly known as Bali, is a senior lecturer at the department of Physiological Sciences, Stellenbosch University. Born in the Eastern Cape, raised in KwaZulu Natal and now residing in the Western Cape (Stellenbosch), she is indeed a coastal individual. Graduated with a B.Sc. (2006), B.Sc. (Hons. – 2007), MSc (2008) and a Ph.D. (2012) all from Stellenbosch University, she pursued an academic career through actively being involved in undergraduate and postgraduate teaching, including research. As part of her research activities, she is the principal investigator of the Cardio-Oncology Research Group (CORG), which conducts research on the side effects of chemotherapeutic drugs, particularly Doxorubicin, in the heart. The group’s interests lie in understanding the basic mechanism/s of cardiovascular damage induced by this drug, by paying particular attention to mitochondrial and calcium dysfunction, endoplasmic reticulum and oxidative stress, and protein degradation systems within this context. Bali fondly remembers her first PSSA conference in 2007, then hosted by WITS at the Cradle of Humankind. This was where her passion for physiology was truly ignited. Looking back, she has since been a regular attendee at this conference and a decade later (2017) elected as the secretary/treasurer of the PSSA. Bali is a people’s person that enjoys interacting with like-minded individuals. She likes to teach but enjoys learning much more. Her hobbies include reading, shopping, and like most individuals in Stellenbosch and the surrounds, wine tasting. 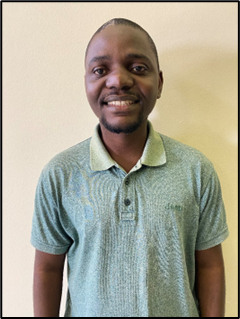 Mr Mashudu Given Matumba is an aspiring, articulate young researcher with a zest to contribute strongly to the scientific field. He was born and raised in Venda, Limpopo province. He completed his BSc in Biochemistry & Human Physiology (2014), BSc Hons in Microbiology (2015), MSc in Biological Sciences (2017) and is currently in the process of completing his Ph.D. in Biochemistry. His educational development is a testimony of his diligence, commitment, and exceptional of hard work. He is a new Generation of Academics Programme (nGAP) lecturer at North-West University – Mafikeng Campus in the Department of Biochemistry. He is responsible for teaching, research, and postgraduate supervision. He is part of the obesity and diabetes therapeutic research group. His research interests are on the use of phytochemicals in the inhibition of hepatic glucose out production which is known to play a huge role in diabetes using animal models. He has a passion for music, the instrument that he loves to play is the piano. He lives by the profound words of Nelson Mandela stating that “Education is the most powerful weapon which you can use to change the world”. 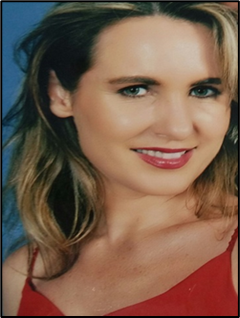 Prof Joji Mercier qualified as a medical doctor in 2004, and after a few years as a trauma and aviation doctor, returned to her first love of molecular medical science. She joined the academic staff of the University of Pretoria in 2009, after which she obtained her PhD in Human Physiology. Dr Mercier is currently an associate professor at the Department of Physiology, University of Pretoria, and is actively part of research collaborations both nationally and internationally. When not riding her horse, you may see her dashing around the city in either a G4-orange Freelander or a 1975 red MG with the top down! 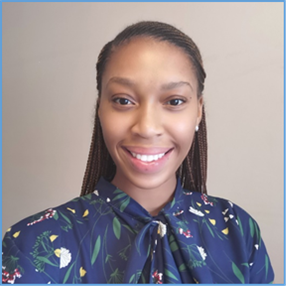 Dr Lebogang Mokotedi was born and raised in Welkom, Free State. She obtained her BMedSc (2013) and BMedSc Hons (2014) in Physiology from the University of KwaZulu-Natal. In 2015, she joined the University of the Witwatersrand where she completed her MSc (2016) and PhD (2019) and worked as a lecturer in the School of Physiology. She is currently a Senior Lecturer at Sefako Makgatho Health Sciences University where she teaches and supervises undergraduate and postgraduate students.  Dr. Mokotedi is part of a team of researchers from the Heart Failure with Preserved Ejection Fraction (HFpEF) study which is conducted in collaboration with the cardiology division at Dr. George Mukhari Academic Hospital (DGMAH) and the Cardiovascular Pathophysiology and Genomics Research Unit (CPGRU) at the University of the Witwatersrand. She is also an Honourary Researcher at the University of the Witwatersrand. Her research focuses on the role of chronic inflammation on cardiometabolic function in rodent models of arthritis. She is also involved in projects looking at modifiable metabolic, cardiovascular, and lifestyle markers that contribute to cardiovascular disease in different ethnic groups and experimental models. In her spare time, she likes to travel, hike, try new wineries, and spend time with friends and family. 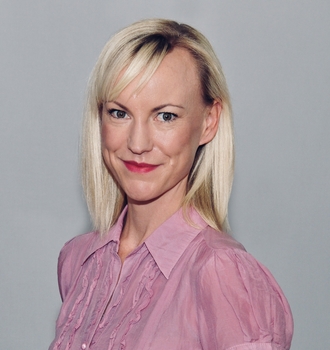 Dr Sulè Gunter completed her undergraduate and MSc degrees in Sport Science at Stellenbosch University. In 2018, she graduated with a PhD in Cardiovascular Physiology from the University of the Witwatersrand. She is passionate about teaching and enjoys employing interesting teaching methodologies to enrich student learning. Her favourite subject will always be exercise physiology. She currently holds a Senior Lecturer position at the School of Physiology, University of the Witwatersrand. Dr Gunter is part of a team of researchers investigating the mechanisms whereby inflammation impacts various aspects of cardiovascular health. Her more recent work is focused on investigating gene regulation involved in inflammation-induced endothelial, arterial and cardiovascular dysfunction. Her research employs human, animal and molecular approaches. She currently resides in Randburg, Johannesburg and is blessed with two daughters, Talia and Mieka. She is an eternal optimist and creative at heart, who enjoys various artistic endeavours in her spare time.